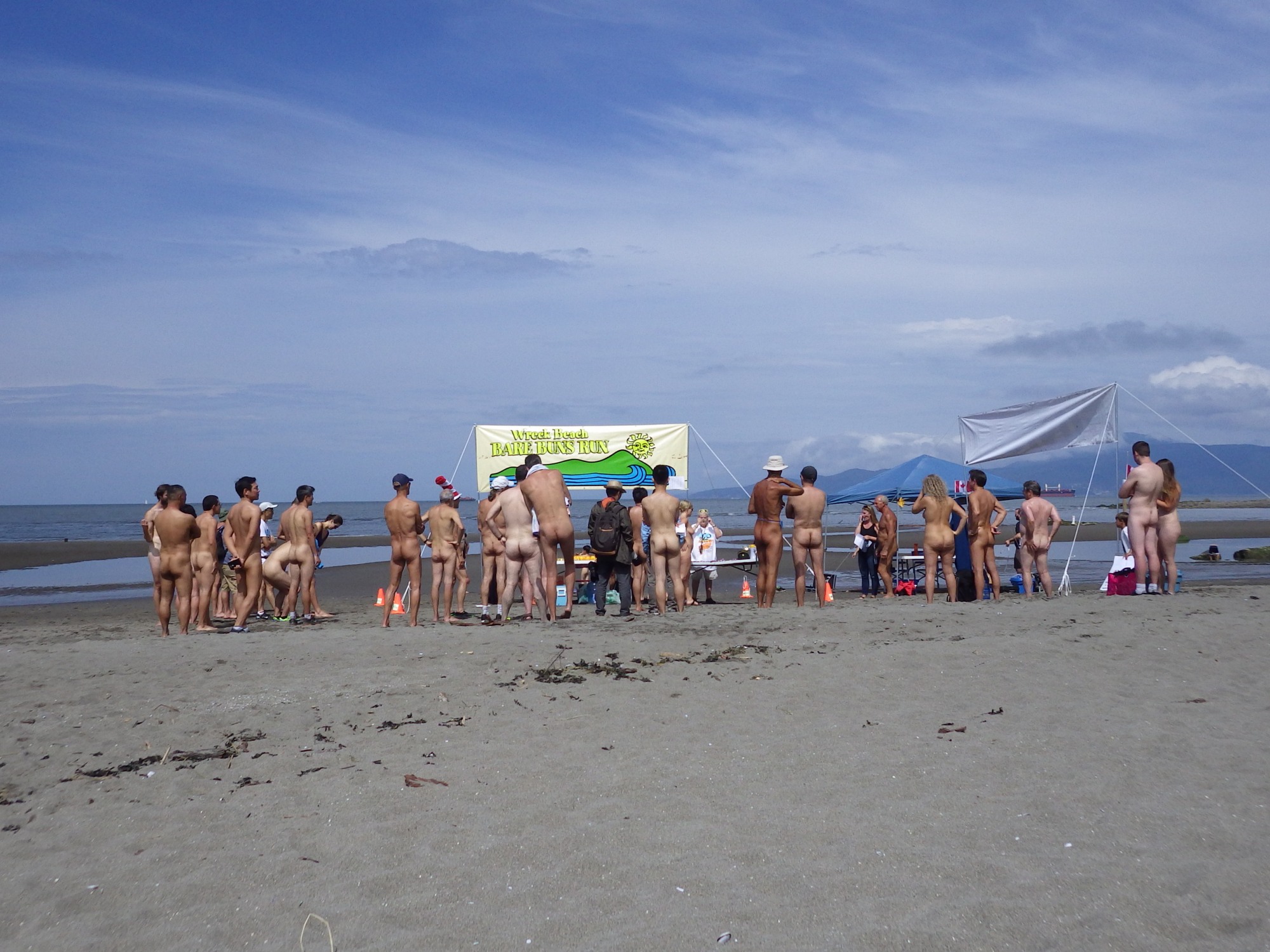 Sometimes things don’t work out as you hope.

I won’t lie and pretend that I enjoyed this run. I did not.

After four months of suffering from metatarsalgia I had hoped that running on a soft sand beach would actually be pleasant and restorative for my feet. I was wrong. On several counts.

But more about that later…

The 20-year old annual Wreck Beach Bare Buns 5k was a tempting opportunity for my first naked run travel adventure in five months. Managed by the friendly Wreck Beach Preservation Society and located at the almost city-centre naturist beach in the much appreciated city of Vancouver I had planned to participate in this event for months.

The race time was moved from 12 noon to 10:00am due to tides. This made it an early start by public transport. On the bus to the site I noticed two guys with San Francisco Bay to Breakers t-shirts. The coincidence of being on the same bus to the naturist beach and race t-shirts was too obvious: they were naked runners. I thought this a good opportunity to meet and get to know some of my co-hobbyists. I approached them on the walk from the bus to the beach. They were from Southern California, not San Francisco. They were participating in Bare Buns, but really did not want to talk to, or associate with me. How strange! Given such an unusual common interest…

It was cool and dark at arrival at Wreck Beach. The members of WBPS were numerous and very welcoming and jolly. Organisation was excellent and we were even given electronic tags to wear for official timing. 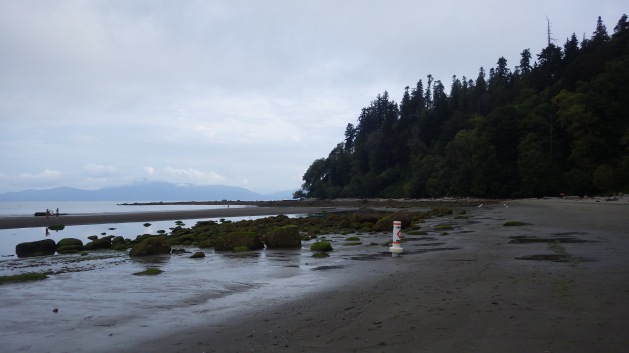 The site is stunning, surrounded by the beautiful British Colombia coastline. This would be a great beach to come to on a regular basis. Lucky Vancouverians! 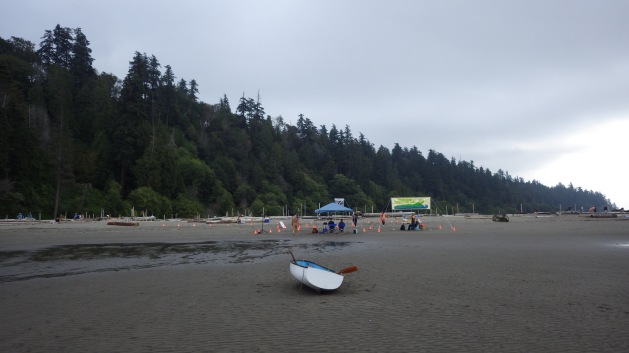 Here’s where things get tough, though: the course itself. Wreck Beach is less than 500m in length. How to make a 5k out of that? Well, in this case, the answer was a convoluted loop over four different beach terrains: hard packed sand, soft waterfront sand, painful beach debris, and the dreaded deep dry sand. Three times. At the start of the race the organisers suggested they had communicated that runners should wear shoes. Unfortunately, I don’t believe out-of-towners got that message! I wasn’t the only barefoot runner, but with my foot condition it was a treacherous, painful experience. Not the glorious, soft, wet sand barefoot beach run experience I am used tosoft, wet sand barefoot beach run experience I am used to, certainly prefer and was hoping for.

With luck the sun burst through the clouds just as the starting gun sounded. Not knowing this initially, I exploded from the starting gate and my first km was at my standard pace. the first 10 runners were in a fun pack of naked men running across the beach. Unlike previous 5ks or private naked runs, this run was witnessed and observed by a crowd of sunbathing naturists and other onlookers – it’s an open public site.

By the time I reached the painful stretch of beach debris during the second km my feet were sore and getting battered by broken shells, pebbles and bits of driftwood from the storage of harvested trees stored floating in the bay.

And this is where things fell apart. My feet were a throbbing, swollen mess – or at least it felt that way. The normal pleasure that I would experience deep inside my abdomen just wasn’t manifesting itself. As I circled around the course, dodging the bits of wood and treading as lightly as possible on the broken shells I got slower and slower.

Not usually interested in tracking specific metrics of any running experience, my fitness band data proved in factual terms what I felt and experienced in my body:

Yes, I got slower and slower as the race progressed.

The other thing my fitness band told me – if it is to be believed – is that the course was actually quite a bit over 5k. 5.3k to be exact (when wearing it for previous 5ks, 10ks and Bay to Breakers, its GPS measurements have exactly matched course length). So, this race was 6% longer than intended. Which also explained the slow times. At 28:11, I was 4:30 slower than my last naked 5k. There were three reasons for this: barefoot vs. shoes, metatarsalgia and the difficult surface conditions. But 1:30 of that 4:30 was the extra 0.3km! Boooo!

In the end, I was glad it was all over and I could relax for a few hours of nude sunbathing at a delicious beach.

In another way my experience that day was entirely different to my previous naked 5k runs where after the initial nervousness wears off, everyone is quite jolly and friendly. No, in Vancouver – largely I suspect due to my impression that many runners were running naked for the first time – there was no camaraderie nor chit chat after the race. My hope that I would encounter some new naked running friends was thwarted.

The sole exception to this and probably the highlight of the day meeting another blogger: W of The Good Life Travels, who had been travelling through the area, read about the run and participated in his first ever naked run. He seemed to enjoy it and here’s hoping there is a new naked running convert out there somewhere.

Thank you to WBPS for the race photographs.