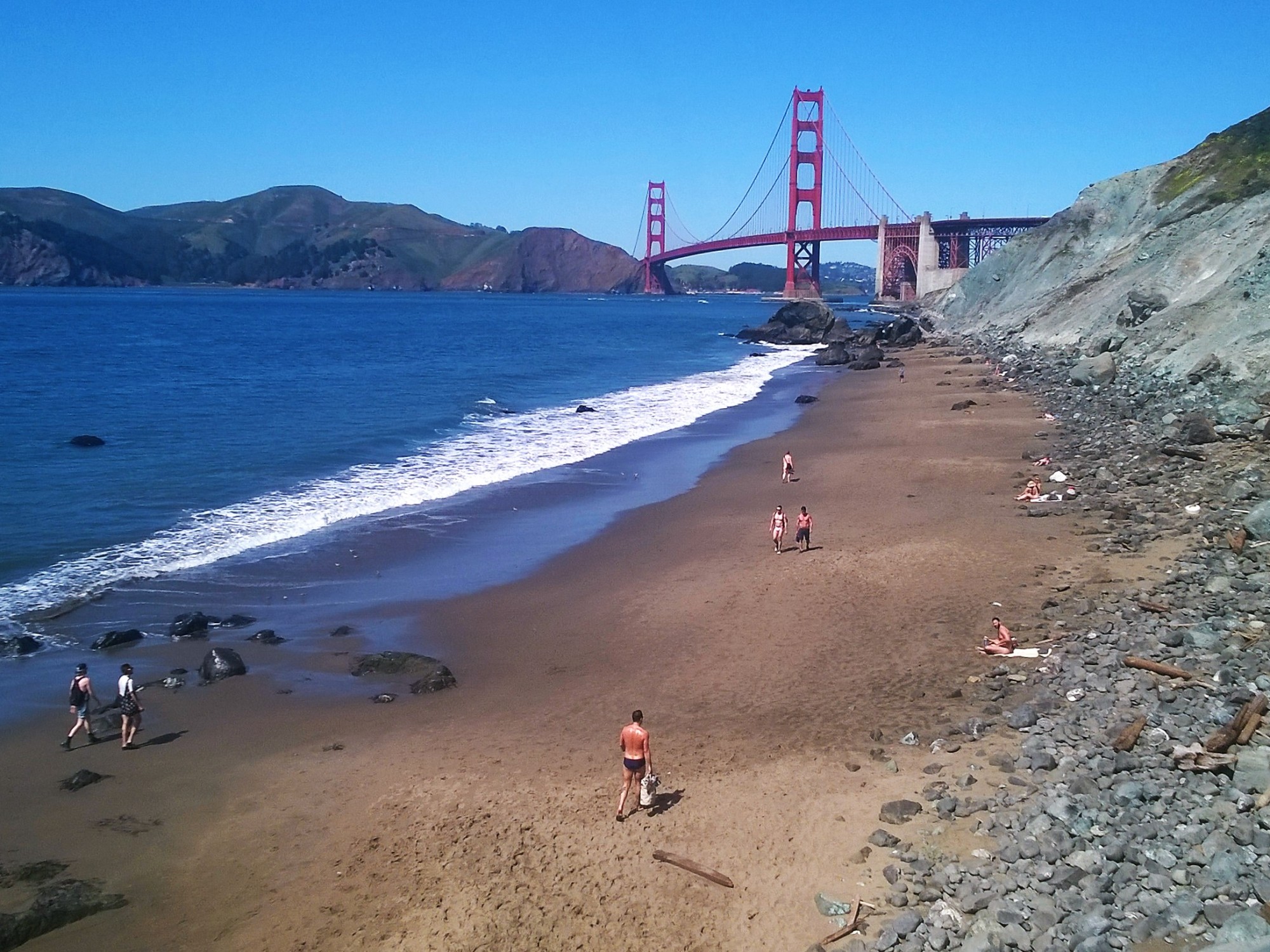 I waited nearly a month as a San Francisco resident before making the journey to Marshall’s Beach for my first naked run as a local. I had been waiting for this moment for months and months. When I finally lived only 7k from the beach, I seemed in no particular rush. In fact, I felt hesitant.

The weather had a little bit to do with it (San Francisco experienced a cold and wet March). With a scortching summer’s day forecast forecast in the first week of April, the time had finally come.

I hopped on my bike and discovered it was a quick 30 minute cycle to Marshall’s. Far enough not to be tempting on a daily basis, but certainly convenient enough for a weekly run.

As with previous visits to Marshall’s beach, I had neglegted to take the tide times seriously, so I had to wait several hours in the sun before it all began. Given that this was easily the hottest day of 2016 so far and likely to be one of the hottest days of the year, I failed to anticipate the crowds that would form during my wait for the tides to recede (ok, I was really sunbathing).

There was a constant stream of men filling up the beach for two hours. This wasn’t a calm, quiet beach tempting me with a relaxing naked run. This was a gay naked party with a beach attached. It quickly became overcrowded and not at all enticing – for me – as a naked running site. Of course, I have to be a bit of an exhibitionist to run naked in public. But there are certainly limits to me. As I’ve stated elsewhere, this is not an exercise in showing off in front of a crowd, running naked is – for me – an exercise in engaging with my body and how the experience feels internally.

So, after two hours in the sun, as the crowds swelled, I hesitated. And got up to leave when I was uncomfortably surrounded by other naked men.

Finally, I stipped off, hid my belongings and ran four lengths of the shorter southern section of Marshall’s Beach. Due to the limited beach dimensions, this only totalled 1k. But, it was great: I did what I had come for.

It was a good lesson, though: 1) remember to check the tide times and plan for low tide, 2) avoid the hottest days of the year that bring out the swelling crowds and 3) try for morning or evening slots, which are more magical experiences.

PS: there are no photos or videos of me for this run: no camera; I promise to make up for it next time!